I’ve been meeting with various brothers who also minister in the informal Christian networks I’m part of, along with others, to discuss starting a weekly fellowship (possibly in my home) for ex-inmates. My burden is for men whose lives are dramatically captured by God in jail, but then stumble when they get out because they can’t find authentic Christian community in our churches. 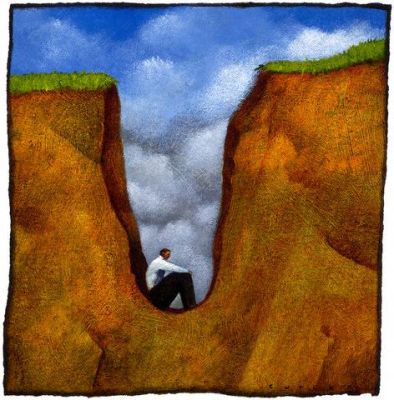 I’ve been wanting to do this for a while, but health issues and distractions over problems in my local church prevented me. The church problems persist, but my health has improved and my heart is stirring once again over this. That’s causing me to ask whether it’s time to stop putting the Kingdom of God on hold while waiting for some who hold local church offices to climb out of their seemingly perpetual leadership ruts, to begin moving forward, and to trust that God’s provisions will follow.

Maybe, my heart is saying, the best outcome is to provide an opportunity and a motive for churches in general — including mine — to get their acts together and start being the church, rather than doing “church”, by showing what’s possible when people of vision become engaged with each other and engaged in what God is doing in the earth today. After all, the Kingdom of God is much, much more than “church”, although hopefully each of our local churches are part of that progressively advancing Kingdom!

Please join me in prayer over this. To help pray, here’s some background:

What I’ve observed over the many years I’ve ministered to men in jail, and as I then mentored them upon their release, is that most churches are ill-equipped and awkward when it comes to reaching out and embracing them. For example, it is hard to find folks in traditional “podium churches” who are comfortable befriending (rather than patronizing) men with lots of rough edges, but who nonetheless have a zeal for God.

By “podium church”, I mean places where we are reduced to spectators who go to “church” to watch the “God show” each Sunday at the front podium. In contrast, God calls us to be the church — with true community going on throughout the week as we minister to one to another rather than expecting to passively be ministered to from the front podium once a week.

It’s not being critical to acknowledge that there’s not much authentic community, with social-class diversity as opposed to cultural uniformity, in most churches. There is little for these men to plug into, because they often lack those middle class “churched” refinements that most Sunday Christians instinctively want before admitting someone into their tidy, cordial but often stand-offish (even among themselves) social networks. As a result, the men legitimately feel like fish out of water in traditional podium churches — which unfortunately make up the vast majority of our American evangelical churches.

Authentic community is desperately needed — even if it means starting to build that community among themselves — because these men are struggling to forge new friendships as they leave old, destructive relationships and life patterns behind. And when all they get are occasional, polite, but arms-length handshakes on Sunday morning, that breeds the kind of discouragement which often derails their budding faith.

I am seeing lives dramatically changed by God in the jails — literally on a daily basis. But typically there’s no authentic fellowship for them when they get out. Yes, there sometimes are “programs” and the like to help “those men”, and also various forms of material support, but seldom do they find mature believers who are willing to admit them into their lives and fellowship with them — even with something as simple as sharing a meal together — based on our common humanity and shared faith.

That’s not an indictment of any church — it’s just recognizing a reality that I’ve seen time and time again, even in my own church, while asking what can be done to solve the problem? If I hadn’t been unexpectedly drawn many years ago into getting to know guys in the local jail, I likely would be the same way.

If anyone knows of authentic, functioning Christian communities that have successfully reached out and integrated such men into a lifestyle of mutual fellowship, let me know. I’d like to visit and gather ideas from solid, working models of socially diverse Christian communities where true “church” is happening — meaning true community where people minister one to another rather than expecting to always receive ministry from the front podium; where folks embrace and celebrate all of our differences, rough edges and backgrounds; and where serving leaders lay down their lives to help us all grow into the men and women God calls us to be.

Men coming out of jail are a challenge. There’s no denying that. But then again, what great Biblical figure in scripture wasn’t a challenge before accomplishing mighty things for God? We need to stop aborting these Kingdom babes, who simply need to be adopted into the household of God.

I eventually left the church mentioned in this blog after massive and unrepentant leadership improprieties became public — see Beware!. I’m now involved in a growing network of typically home based churches that are built on open, participatory meetings, and that include many “alumni” from our local jail in exciting, authentic community!