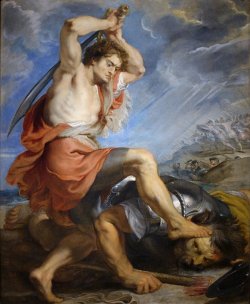 On Christmas eve, Marianne and I spent time with about thirty brothers in the jail. During our time of fellowship, one of the men read the poem below. Here’s the story behind the poem, then the poem….

Earlier in December, I had shared with those men how our journey in the Lord is like Israel’s journey from slavery in Egypt, through the desert, and then into the promise land.

God takes us out of the bondage of Egypt, but then uses the wilderness to burn Egypt out of us.

In the wilderness, God prepares us to take possession of the promise land – that place where we are able to own and responsibly manage the things He has created us to both be and do.

In the wilderness, we either become men who are willing to own our future and possess God’s promises, or we die there – saved from Egypt but stuck in the mentality of a slave.

To the men we minister to in jail, incarceration is their wilderness. God physically delivered them – through their arrest – from whatever had enslaved them.

He then brought them to a place in the jail where they could find Him, discover how to function in fellowship, experience discipleship and learn His ways. In the jail, God is preparing them – if they choose to trust and obey – for the day when they are released and cross over into the rest of their lives and God’s promises.

Just like with Israel, however, in the land of promise there are giants who are standing in the way of God’s promises. In fact, those giants want to kill or enslave you.

In Deuteronomy 7, God told Israel they had to fight and slay those giants – even though the giants were more numerous and stronger than them.

So it is with us: Sometimes we need to slay a giant standing in the way if we want to possess all that God has for us (e.g., freedom, wholeness, purpose, career, restoration, etc.).

Those giants can be many things – anger, unforgiveness, the burden of unconfessed sin, addiction, despair, feelings of worthlessness, lies we’ve believed about ourselves, emotional wounds, etc.

But God promised the Israelites that they would not have to take on all the giants at once. Rather, He sends hornets to sting and make a giant hiding in ambush jump up and expose himself – but only when He decides we are ready to take on that particular giant.

In fact, God said they would enter into their promises and possess their new land only “little by little”. He would not overwhelm them with more than they could fight or manage.

When we confront our giants (or rather, when they confront us as God provokes them to expose themselves), we also must slay them. In Deuteronomy 7, God says we are not to make deals with them, try to co-exist, or leave them wounded. We are to kill them. God will help, but He won’t fight the battle for us – because that would be treating us like we are still slaves.

Rather, he takes us through the wilderness to burn the mentality of slavery out of us so we are willing, and able, to fight the giants – and win.

Real men slay their giants and own their issues and God’s promises, as He directs.

Slaves however, have the mentality of victimhood and want “master” to protect them, feed them, cloth them and shelter them. They accept the bondage of slavery in return.

As I explained to the men in jail, God wants to turn us into mature, mighty men who slay giants – not slaves bound up in victimhood and entitlement.

If we allow God to use the wilderness to turn us from slaves to men, and rise to the challenge by taking on our giants as God causes them to pop up, we may get bloodied. We also may need to call some brothers to help – especially if they’ve already learned how to slay that particular type of giant.

But when a giant pops up, it is not God tempting or abandoning us. Rather, it is God saying “Now! Take him on. You are ready to defeat this issue in your life and possess what the giant is keeping from you!”

Here’s a poem written by a brother after hearing this teaching. It’s about a giant in his life. It moved me to tears and blessed me.

May it bless you too.

Hung out to dry
Left me beaten and battered
You’d flinch and I’d shake
You teetered, I tattered

Steal, kill and destroy
Is what you have done
The blind lead the blind
But can’t you see that I’ve won?

Negotiations for the deals you present
I have none

~ Jesse V.
December 24, 2012
A poem from the Prince William/Manassas Jail (reprinted with permission, all rights reserved by the original author)

This, my friends, is why I go into all the world – as Jesus commanded. It gives me the privilege of seeing Him set the captives free and turn former slaves into giant killers.