Michael Farris and I go way back. We worked shoulder to shoulder together in the ’80s on many issues – and have the battle scars to prove it.

For the last several decades, he has been on the forefront of homeschool and religious liberty issues. We would do well to heed his warning.

February 27, 2013 By Crossroad Junction in Faith Leave a comment 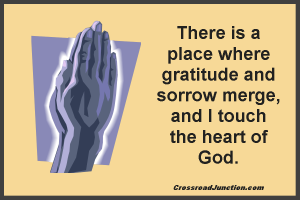 We’ve added a new feature: A gallery of all the e-cards (called “memes”) posted in the past.

It also will be updated with new e-cards as they’re added, and can be opened anytime by clicking “Memes” on the top menu.

Don’t be deceived by books, blogs and misleading biographies from those who make their living telling others how to be the church, but are not living it or ever succeeded at reproducing their grand concepts in any sustainable, healthy fellowship. They do great harm to the Body of Christ.
Dealing with Church Leadership Abuse

We need to avoid the tendency to make gurus of those who have helped us through their ministries, and to not set them up where they become untouchable or beyond questioning. It cripples the Body of Christ. 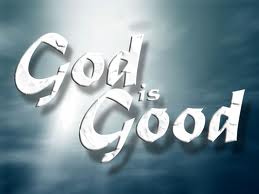 When reading fairy tales or watching movies, good usually triumphs over evil by the end of the story. Often in real life, our desire is for the happily ever after fairy tale ending. But even in movies or fairy tales, the hero or heroine has to overcome many obstacles before they achieve goodness.

END_OF_DOCUMENT_TOKEN_TO_BE_REPLACED

The Body of Christ – Toddler Stage

Two new fellowships, comprised of about twenty new believers, stood on their own two feet today.

Two of us did some foundation laying over the last month, but today we just sat back and let ’em go – and they did! We literally had nothing to say, and there was no opportunity to do so even if we wanted.

Life was popping out all over the place among them. They were amazed, but I wasn’t. God moves among us when we let Him. 🙂

Some do, others write. Some learn to function in committed local fellowships, while others peddle grand theories in books, blogs and conferences. Some live it, while others operate as detached, unaccountable traveling road shows.
Modern Day Pauls?

Confronting the Error of Hyper-Grace, by Michael Brown:

“The biblical message of grace is wonderful, glorious and life-transforming. We can’t live without it for one second of our lives. But there is a message being preached today in the name of a new grace reformation, mixing powerful truth with dangerous error. I call it hyper-grace…”

Two recent blogs I liked are:

Like Tim, Marianne and I reject the idea that Christians are obligated to tithe or that the tithe carries over into the New Covenant. But like Tim, we still give at least 10% of our income because we feel that’s what God wants of us personally, as we help and serve others.

The Changing Face of Full-Time Ministry, by Alan Knox.

We need to move past the old mentality of “full-time ministry” and realize that we all are ministering Christ full time.

Both of these brothers, and their blogs, should be on your “must read” list.

Have you ever noticed how those who heavily promote organic food and natural health with the most enthusiasm and sincerity, sometimes look the most sickly and anemic and seem to have the most health problems?

They are reacting to real problems, but have turned their idealistic and seemingly good-sounding concepts into an all consuming idol – to the exclusion of real health which comes from a balanced life.

I’ve also see this among some who are the most ardent proponents of organic church. They’ve fallen prey to unbalanced reactions and aspirations which prevent authentic life and sustainable, healthy fellowships.

END_OF_DOCUMENT_TOKEN_TO_BE_REPLACED 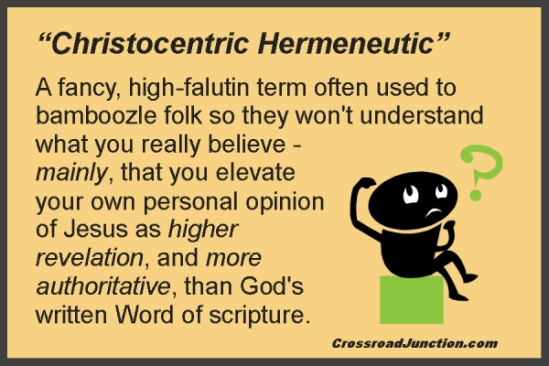 Those with the hutzpa to claim that their personal perceptions of Christ are more accurate than His written word of scripture deceive themselves. They have rebelled against God’s own chosen revelation, and worship at the feet of postmodernism instead. I would rather that my sensibilities shatter against the rock of God’s Word than subvert Christ to their subjective, existential angst.

Here’s a little song about the dilemmas facing my existentially-consumed friends:
Beyond Scripture? (Part 2).

I believe a new “organic” move of God is emerging in the West, which affirms the good things about organic/simple church but rejects the crazy stuff of the past. 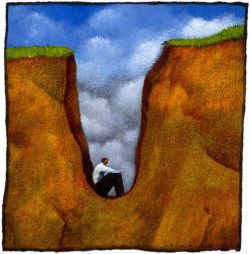 With this new move, we are finally climbing out of our ruts and catching up with our “organic” brothers and sisters in the rest of the world – who never fell prey to the crazy stuff and thus moved far beyond us.¹

We also are seeing healthy connections form between fellowships in different regions, as locally-rooted leaders use Skype and other Internet tools to build mutually helpful relationships with each other.

END_OF_DOCUMENT_TOKEN_TO_BE_REPLACED 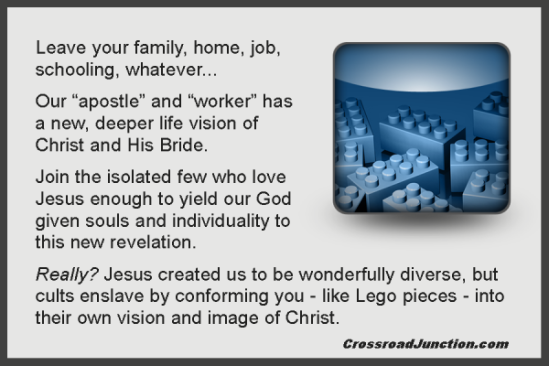 Conforming to someone’s idea of Christ, some grand vision, the deeper life or God’s epic purpose can be just as legalistic and limiting as any institutional church structure. In fact, it can become cultish. Break free and become the wonderful, multifaceted, multi-gifted and diverse Body of Christ!
See God in a Box. 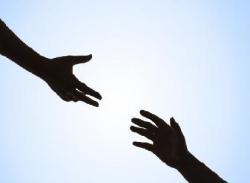 The fruit of the spirit is love, joy, peace, patience, kindness…Gal 5:22 NIV

Kindness is extending God’s grace to an often unpleasant situation. Many times the easier road to follow is one of impatience, sarcasm, criticism or being judgmental.

For myself, I often need to stop and make the choice to respond with kindness.

END_OF_DOCUMENT_TOKEN_TO_BE_REPLACED

More than anyone else, a narcissist knows how to make you feel affirmed, needed and important.

It’s how they control and use you to feed their own need to feel affirmed, needed and important – at your own peril because ultimately they consume you to advance their own self-serving agenda.

Whether in your personal life, church, job or wherever …

Don’t be co-dependent. You deserve better.

In America, we’ve lost the right to be born, the right to practice our faith without government dictate or penalty, the right to proclaim moral sanity in the public square, and now the right to due process of law against a president who thinks he literally can pull the trigger and execute fellow citizens at his whim. 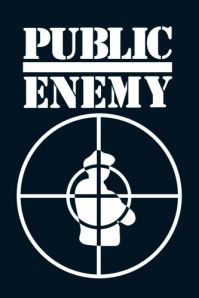 In a bizarre “legal memo”, President Obama has asserted that he can target and assassinate Americans – at will – simply on his belief that they are subversives.

The memo’s specific focus is Americans who President Obama has unilaterally concluded are affiliated with al-Qaida (not that this makes it right), but its rationale and justification can now be applied to anyone else who he likewise concludes is a non-combatant subversive.

America was once a great nation, ruled by law under a Constitution that was consciously written to embody a Judeo-Christian worldview.

The bedrock of our constitutional republic – rooted in Biblical principles articulated by men like James Madison and his mentor John Witherspoon – was the liberty to pursue virtue by imposing checks and balances against the evil of unrestrained government power.

END_OF_DOCUMENT_TOKEN_TO_BE_REPLACED

It is liberating to learn that God did not create us to be like someone else, but gave us unique motivations that match our spiritual gifts. We experience fulfillment as we learn to use and enjoy our gifts – in our lives, in our fellowships, and in our surrounding communities.
Discovering Our Motivational Gifts

A newly-wed couple in our fellowship invited Marianne and me to a Super Bowl party at their apartment last night. 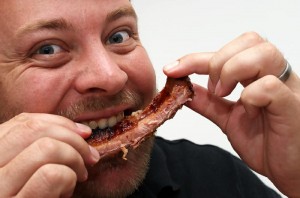 Marianne couldn’t make it because she needed to finish her lesson plans for the week (she’s an elementary school teacher), so I went.

When I showed up, I was blessed to see some old friends – including guys I knew from the surrounding woods. That evening, we enjoyed lots of good food and good times as we hung out and watched the game together.

END_OF_DOCUMENT_TOKEN_TO_BE_REPLACED

I have learned that God sometimes lets us walk through things that others could not bear, in order to buy a grace they will not fathom – yet because of it, the world around us is forever changed.

This blog by Kelly Clark embodies that kind of grace.

Single parents are ubiquitous in the church; however, often they are a very misunderstood group that usually doesn’t quite comfortably fit anywhere.

As a former single mom with 25 years of single parenting experience, these are some of the impressions I have collected. Maybe it is different if you are a single dad, but I don’t have any expertise in that area.

END_OF_DOCUMENT_TOKEN_TO_BE_REPLACED

I’m having an interesting online (but private) conversation with someone, talking about the state of things in his part of the country.

Here was my observation:

“My impression from interactions on Facebook with various folks in the [deleted] area is that there is a lot of angst that has driven folks from institutionalism and legalism, but not much in the way of any solid foundational Biblical principles operative among them.

“Your area seems to be a hotbed for interest in ‘organic’ things, but mired in lots of unrealistic sensibilities. They seem to have idealistic expectations rooted in those sensibilities but can’t seem to find traction, yet they are not willing to change and so they keep trying and trying without success.”

I wonder if this describes other areas around the country as well?