Faith is a seed the Lord plants in us. Faithfulness is the fruit that develops over the seasons of our life. The fruit of faithfulness requires a long growing season. There is no way to expedite the process. 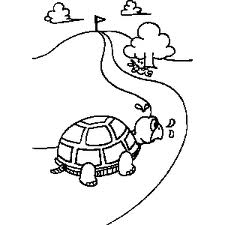 In the fable of The Tortoise and the Hare, the tortoise demonstrates faithfulness. He keeps on doing what he needs to do, without any fanfare or dramatics. Steadfast, loyal, conscientious, all describe a person who has allowed faithfulness to become ingrained in their life.

Often, the people who are the most faithful receive the least acclaim.

In the Bible, Joseph exemplifies faithfulness. After he was sold to Potiphar, he conscientiously served him and the Lord blessed Potiphar’s household because of Joseph. Joseph did not grumble and complain because he was in Egypt away from his family.  He faithfully served in the place the Lord had him.

Then after about 5 years, Potiphar’s wife falsely accused Joseph and he was put into prison.  Even in what should have been a dismal situation, Joseph was faithful. Consequently, he received favor with the prison warden and Joseph was given responsibilities.

Still two more years passed before the Pharaoh learned of this and Joseph, because of his integrity, was appointed Egypt’s second in command. He was given charge over managing the food supplies during the seven years of plenty before the seven year famine came. Throughout all of these circumstances, Joseph continued to be faithful and the Lord blessed him.

Sometimes I think we undervalue the fruit of faithfulness. We look at our life and we don’t realize that the ordinary things we do hold much importance. I believe that our faithfulness in the little things cultivates and fertilizes the soil for our fruit to grow. Joseph was faithful in the initially small situations. These prepared him for the future. Because he was faithful in little, the Lord could entrust him to be faithful with much.

Faithfulness is being consistent and steadfast, even when it is not pleasant. It is often going the extra mile even when no one but the Lord knows. The Lord Himself gives us examples of His faithfulness. He says that He will never leave us or forsake us. He tells us that if He takes care of the birds of the air and the flowers of the fields, how much more will He faithfully look out for our welfare.

I have personally known the Lord for 33 years. It has been an interesting journey. I remember I once asked the Lord if I could just have 6 months that were “normal”, without any huge bumps in the road. I think the Lord probably laughed because that has not been His plan for my life – but I have no complaints.

I have witnessed the Lord’s faithfulness over and over again. His love never fails. His protection has always been there. His provisions have always come through. He is steadfast. He is loyal. His promises are binding. His mercies are new every morning. Great is His faithfulness.