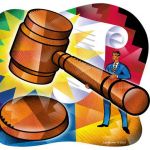 Reformed theology is usually identified with John Calvin. In his writings, he emphasized God’s sovereignty, the ongoing work of the Holy Spirit in the church, the continuity of God’s dual covenants of grace and law throughout all of redemptive history, and our total reliance on God’s grace for salvation and regeneration. Over many decades, I’ve drunk deeply of that well and those themes continue to transform and enrich my own life. On these doctrines, I am “reformed” through and through.

Decades after he died, however, Calvin’s disciples began placing more of an emphasis on predestination and rejected altogether the idea of human will, even though neither of these themes were ever a major focus of Calvin himself and were being pushed to new extremes. These new themes arose from a hyper-extreme view of God’s sovereignty that also went beyond Calvin’s own writings. (Even so, I have no particular problem with predestination – God can rescue whomever he wants, given the universal reality that we all chose to rebel against him and deserve death. Thus, he can certainly seek to rescue all if he wants, but there’s no injustice if he chooses to rescue only some.)

In the view of these post-Calvin Calvinists, everything that happens does so because God ordains and even causes it. (Thus the old joke about the unfortunate woman who, upon falling down the steps, got up and said “Thank God that’s over with!”.) As they attempted to simplify and systematize Calvin’s views, to a degree that he himself would not have recognized, they arrived at a form of hyper-Calvinism that now parades under the acronym TULIP (“Total Depravity,” “Unconditional Grace or Election,” “Limited Atonement,” “Irresistible Grace” and “Perseverance of the Saints”).

There are ample explanations of TULIP and its elements on the Internet (for example, see the Wikipedia entry on Calvinism), and I have no interest in repeating those discussions here. Suffice it to say, however, that TULIP’s proponents believe their views necessarily arise from the fact that God is sovereign. Essentially, they believe that because God is sovereign, there is no room for human will or decision.

If we must deny human will in order to affirm God’s sovereignty, then we are really denying God’s ability to delegate choice to us. By this, I mean that God is powerful enough to delegate to us the right to reject him. If we deny God this option, then we are denying his absolute sovereignty!

Now don’t get me wrong. I am not saying that human will is autonomous. We are not sovereign, and have no independent right to reject God. Rather, God himself has given us the delegated option to reject him. And who are we to say he can’t do this?

Nor am I minimizing the role of grace. Apart from God offering his grace to us, it’s impossible for us to choose God. After all, if we are “dead” in our trespasses and sin (see Eph. 2:1-5), there’s no part of us that is able to cry out, of our own accord, for salvation. (This, in simple terms, is the doctrine of “total depravity” – we utterly lack the capacity to choose God on our own.) But upon offering his grace to us, God allows us to refuse that grace.

Thus, we cannot choose God or earn his grace – it is God’s sovereign choice as to when, how and even whether to extend his grace to us. (I therefore also have no problem with “limited atonement”, but I readily admit that I don’t know the mind of God on whether he offers his grace to all, or only to some. In those immortal words of President Obama, that’s a couple of pay grades above me!) But I think scripture is clear – once grace is offered, we don’t have to accept it (see Rev. 3:20). This, and this alone, preserves the central role of grace and God’s sovereignty in our salvation, while also preserving the clear Biblical teaching of individual accountability and responsibility.

So who’s more reformed? Me, or the hyper-Calvinists? I kind of think I am, because I’m not willing to tell God what he can’t do in a misguided attempt to preserve some philosophically flawed view of his sovereignty that, in practice, actually denies his sovereignty.