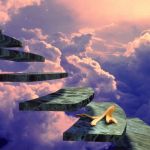 If evangelical Christians have the equivalent of a “sacred cow,” it must be foreign missions. At the risk of martyrdom, I hereby declare that it’s time to slay that cow (or at least herd it into different pastures)!

I’ve had the privilege over the years of traveling extensively, both for business and ministry, and seeing what really happens out on the “mission field.” It’s not pretty, and in many cases it’s counterproductive.

Forget about those missionary newsletters with pictures of half-naked starving kids and open air meetings led by the Great White Hope – that’s good for raising money, but has very little to do with the vast majority of where our mission dollars and energies are needed.

My frank assessment, shared by others I know with extensive “in country” exposure to foreign missions (but with no self interest in promoting them), is that at least nine out of ten Western missionaries should be called home because they are having little, if any, positive impact. Often, they are making things worse.

Most foreign missionaries are burned out, disillusioned and spiritually unhealthy. It’s sad, but true, that many become resentful of the people they were sent to help.

Yes, there are those few ministries that are actually healthy and reproducing health, and I’m not discouraging their continued support. The trick, however, is separating the wheat from the chaff and also understanding that one of the greatest mission fields today is here in the U.S.

It’s risky to ask people on a U.S. “mission board”, who have never been “in country”, to decide how to prioritize a church’s mission dollars. Even if they’ve bothered to actually visit and evaluate a foreign mission, they’ve typically only done so as part of a chaperoned short-term mission trip where they are shown a sanitized “Western” picture of what’s going on, rather than seeing the true indigenous situation beyond the guided tour or the mission compounds.

Only by experiencing the day-to-day reality of the town or locale and getting to personally know the local people and leaders – not as objects of “ministry” but as real people who share our common humanity – can someone understand the context and legitimacy of a mission’s existence.

Several years ago, the church I was then attending sent me on a short-term mission trip to Albania with a group of about ten U.S. pastors. My task was to evaluate a request by several U.S. missionaries for funds to start a local Bible college.

Normally, when I minister overseas, I avoid western missionaries like the plague because I generally find that they are more of a hindrance to the gospel than a help. On this trip, I couldn’t do that, and so I resolved to keep an open mind while trying to learn as much as I could from our missionary hosts.

If at all possible, during my first ministry trip to a new country or region I try to lay low, avoid public ministry, and spend as much time as possible talking to, getting to know, and peppering the local leaders and lay people with as many questions as possible.

Only then to I feel somewhat entitled, during my subsequent trips, to minster to them in the context of our new relationships, trust and mutual understanding – rather than imposing some outside agenda on them.

My goal always is to work through indigenous church leaders, rather than with the missionaries, by serving them and letting them tell me what I can do to help.

My Albanian trip, however, was one the rare times I had no choice but to participate in a more typical short-term “mission trip”. It was an eye-opener.

For the week or so we were in Albania, the U.S. missionaries chaperoned us 24/7 with a well-oiled, carefully-scripted program. Their time was totally consumed trying to impress us with what they were doing.

We went on various bus trips into the countryside and toured selected local churches.

However, it never occurred to the U.S. pastors in our group – who had good hearts but not much discernment – to break free so they could gain a true, unscripted understanding of Albania and the local needs, or to meet with independent local leaders outside our carefully orchestrated guided tours.

I guess I’ve always been willing to look behind the curtain, so I broke free and took the time to meet local Albanian leaders and see what they were doing. As a result, I was able to contrast the “show and tell” of the western missionaries with what was really going on in Albania.

I saw that the western missionaries had totally failed to raise up healthy local leaders or indigenous churches. Rather, everything was totally dependent on them and their stream of western dollars from generous U.S. churches. Take away the missionaries and their dollars, and their local “churches” would vanish.

I also learned that the money they wanted to start a Bible college was extremely excessive and unwarranted, given local standards and costs.

Most of the missionaries’ time was spent serving as tour guides for a continual stream of short-term “mission teams” from the U.S.

Week after week, all they did was give grand tours to those teams, who would then go home to convince mission boards to fund the missionaries’ efforts to spread the “gospel” in Albania.

In reality, the missionaries had no time to advance the gospel because they had become little more than short-term mission tour guides.

Believe me, this was not unique. It is very, very common.

I got a kick out of what one local leader told me. Every time a group of Americans showed up to evangelize his village during their short-term mission trip to help the town’s permanent missionary, the same ten children raised their hands to “receive the Lord”.

The short-term “missionaries” then go home with glowing accounts of how they saved those poor, unfortunate, impoverished locals, only to give way to the next mission team that shows up and “saves” the same ten kids.

In a typical year, two times more people are saved in his village, at least according to the mission reports sent back to the U.S., than there are people in the village – yet the percentage of actual Christians is less than 5%!

On my Albanian trip, the ten pastors had a great time and enjoyed what, in essence, was little more than a great vacation – all in Jesus’ name, of course!

They nonetheless spoke in some churches, prayed for some potential students, ate lots of local cuisine so they could “understand” the culture, and claimed the proposed Bible college property “for Jesus” while slugging through some mud and rain.

Most importantly, they all left with tears in their eyes, open checkbooks, and glowing accounts about having “ministered” during their trip to those poor, needy Albanians.

They never saw the local indigenous ministries that were actually advancing the Kingdom of God, saw the real picture regarding the pros and cons of the proposed Bible college, or gained any context for conducting “fruit inspection” regarding the activities of their missionary hosts.

Me? I left feeling cheapened and used, and asked God to forgive me for wasting His resources with such nonsense.

Interestingly, the church that sent me nonetheless gave a significant donation to help build that Bible college. My critique was so outside the traditional mission approach that they couldn’t comprehend, nor want to even consider, doing anything different.

Don’t get me wrong: I’m not against spreading the gospel overseas, and there are lots of worthwhile missions with great missionaries.

The question, however, is what’s the “gospel”? What most people think the “gospel” is, really isn’t.

By misunderstanding what the gospel is, we’ve produced little fruit and many problems with how our American churches approach foreign missions.

The Gospel of the Kingdom

Very few missionaries or mission projects are proclaiming the good news that the Kingdom of God has come and that it is expanding as we do the Father’s will “on earth, as it is in heaven.”

God has not ceded his authority over any aspect of his creation, thus His will is comprehensive and the Kingdom of God is not limited solely to “spiritual” problems or concerns. God’s grace and precepts apply to all spheres of human activity, and inure to our benefit and blessing if we have the courage to apply them to all of life, culture and history.

Rather than joining Jesus in spreading the “Gospel of the Kingdom,” most Western missionaries proclaim a stripped down gospel of evangelism and church (which are part of the Kingdom, but not the sum total of the Kingdom) – or a gospel of band-aid humanitarianism which typically ignores hard solutions rooted in Biblical principles.

These two extremes are based on a dualistic worldview that tries to separate the spiritual and the material by forgetting that the Kingdom of God encompasses both. Thus, they are either so spiritual they are no earthly good, or so consumed with humanitarian problems that they forget the need for spiritual transformation and Biblical principles.

The other problem is that we’re so fixated at saving those “poor, unfortunate souls” in “deep dark Africa,” or Albania, or China, or wherever, that we’ve let our lights go out in our own communities and lost our saltiness at home.

Apart from countries where Christians are still persecuted, the Church outside the U.S. by and large really doesn’t need us – they are doing quite fine.

Yes, they always need money, if judged by U.S. standards. But that money often distorts the work of Christ because it creates an unhealthy condition of dependency rather than self sufficiency (as determined by the relevant yard stick of local standards).

In many parts of the world, those churches that have broken out of the U.S. funding ghetto are stronger and growing faster then our stagnant churches in America. In fact, they are beginning to send missionaries to the U.S.!

At the same time, we often fail to see the needy mission field in our own communities. Our local crisis pregnancy centers go unfunded, our outreaches to men and women in jail go by the wayside, and many of our high school students don’t know who Jesus is (except as a curse word).

The greatest mission fields are all around us, and we have more people untouched by the gospel in the U.S. than in nearly any other part of the world. Yet we keep pumping money into overseas missions and mission trips, where it is often unneeded, misused and counterproductive.

I’m not saying we should abandon overseas missions. There’s lots of valid work being done, and that yet needs to be done. We must remain engaged in advancing the Kingdom of God in all parts of the world.

However, we need discernment about what warrants support, and what doesn’t, and also seek balance between the mission fields in our own communities and those in other countries.

My prayer is that we become wise and and faithful stewards of our mission dollars, and start re-thinking our approach and priorities. Let’s promote the Gospel of the Kingdom, and let’s not ignore the biggest mission field of all – our own backyards!