I’m a generally conservative Republican, so it pains me to see presidential candidate Herman Cain stumble. But even more so, I am appalled at the blogs and comments supporting Mr. Cain from folks who, I suspect, were on President Clinton like white on rice when allegations first surfaced about him. 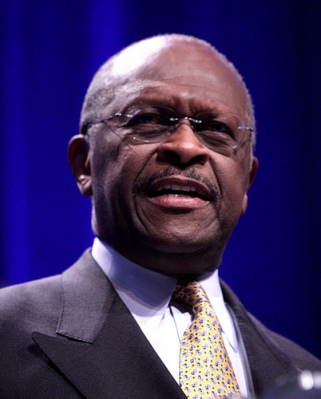 As Christians, we must speak truth to power, but with integrity and without applying double standards!

I’ve seen this same phenomena in pastoral sex abuse cases that I’ve handled. Folks will defend a pastor who – under the Biblical standard of two or three witnesses like we now have with Mr. Cain – is a confirmed sexual predator, simply because they like him or he helped them in the past. The fact is, sexual predators of all stripes are the most charming, charismatic, and capable people I’ve ever met!

Let me repeat that: Sexual predators are the MOST CHARMING, CHARISMATIC AND CAPABLE PEOPLE you, too, will ever meet.

Certainly, not all the facts are out regarding Mr. Cain. But as someone who has confronted a number of pastors who are sexual predators and worked to bring them to justice, as well as those who stood silent and even protected them, I see some disturbing parallels.

First, the women who so far have gone public regarding Mr. Cain are amazingly similar in physical appearance. That is something that has struck me with the men I’ve dealt with – they all seem to have preferred characteristics with their victims. In fact, I’ve been able to track down victims of serial pastoral predators in some of my cases by simply looking for additional women in their churches who looked like other known victims.

Second, sexual predators seldom go after women who are emotionally stable and healthy. Like sharks sensing blood in the water, they key in on those who are emotionally vulnerable. Thus, don’t be fooled by the attacks against the victims now coming from Mr. Cain’s campaign. I would be surprised if the victims didn’t have some issues in their past or didn’t otherwise have troubled lives. But messy personal histories are no excuse for now dragging them through the mud or calling them liars. The only issue from their past that is relevant, beside the facts surrounding their specific allegations against Mr. Cain, is whether they are known to be honest or dishonest in what they say.

Third, most sexual predators are narcissists who refuse to accept that they did wrong and blame everyone else for what happened – including being exposed. It seems to me that Mr. Cain is showing similar characteristics. As a friend noted on Facebook: “He cannot accept any blame, shows no empathy for others [and] gets angry when he doesn’t have his way. He definitely does not have the emotional temperament to be President regardless of these charges.”

Finally, I see all the time how hard it is for women to come forward to confront their abusers. When they do, it is a tremendous act of courage. Here, there is nothing for them to gain. The women who so far have come forward to accuse Mr. Cain have refused all offers to be paid to tell their stories, and the statute of limitations has run out so they can’t sue him. They have nothing to gain. Instead, they are subjecting themselves to being dragged through the mud by stepping forward, regaining their voice, and speaking out to stop a man who more and more looks to me to be a sexual predator. They have my utmost respect.

I just hope Republicans who were all over President Clinton regarding Ms. Lewinsky don’t have selective, double standards. I see too much of that in the church – and have no interest in seeing it now in how we pick our President.