Yesterday was the 123rd anniversary of Hitler’s birth. The fact that we do not celebrate his birth or the evil he did is a testimony to those who gave their lives to stop him. 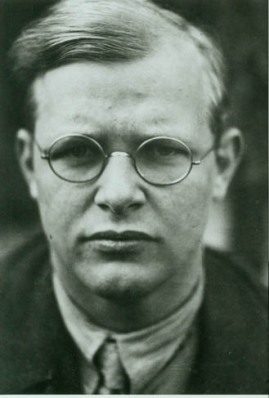 One such man was Dietrich Bonhoeffer, a brilliant theologian and humble pastor who wrote two of the great Christian classics of the twentieth century, The Cost of Discipleship and Life Together.

For Bonhoeffer, his faith was not just a private matter or limited only to the church. As he saw firsthand the horrors of Nazi Germany, he resolved to stop them and became involved in a plot to overthrow the government. The plot failed and Bonhoeffer was arrested. He eventually was martyred by Hitler, who imprisoned him in a German concentration camp and then hanged him.

Bonhoeffer was a brave brother in Christ who became an example to many. He came to understand and to then show us, at the cost of his life, that God cares not only about “me” and the “church”, but also about the oppressed and the persecuted and about the fate of nations.

In contrast, many Christians today have come under the influence of authors who say, in effect, we must stay ensconced in our Christian cocoons. They proclaim that we must not try to impact our culture or our nation through direct engagement in the issues and challenges of our time.

Some of these authors boast that they are neither left nor right, and I agree! But they never seem to get around to saying in any concrete way what their own solutions are, or provide a framework for some alternative approach, other than maybe being nice (Frank Viola) or praying (Jon Zens).

Some go so far as to say even prayer is not appropriate, because it is a “distraction” from focusing on Christ alone (Milt Rodriguez).

The practical effect of such rhetoric – and all of their “you can’t” blogs and their dismissive stereotypes against those who do – is to try to enforce a new form of legalism on God’s people.

Such authors fall into the trap of seeing the debate as whether the church should impose itself on society, or remain disengaged from the rest of society.

This, however, is a false dichotomy.

Scripture presents a third way (truly neither left nor right), which is to acknowledge that God has ordained different spheres of authority, with different rights, responsibilities and obligations. Each – like the church, civil government, the family and individual responsibility – is separate, and should remain so. But all are subject to the precepts and limitations God has imposed on each.

After all, the Apostle Paul didn’t say that the Roman government needed to be “Christianized”, but neither was he detached from the world and its systems.

Let’s get real! Paul wasn’t persecuted and eventually killed for loving Jesus, but because that love made him confront and do things that upended the cultural, religious, economic and civil systems of his day.

Neither Left Nor Right

The Bible is neither left nor right. But neither is it silent on issues of church and state!

Rather, we have the example of the Apostles.

Paul said that even the pagan rulers of his day were “ministers of God”, and then went on to articulate certain well-defined roles that God intended for them to fulfill. See Romans 13 and The Growing Idolatry of Civil Government. 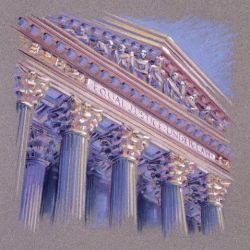 Thus, there is no sense of trying to “Christianize” a nation by having Christians or the church take over. That’s a bogus characterization and dishonest stereotype by authors like Milt Rodriquez, and I have yet to meet anyone who actually espouses such views today.

But, as Christians, it is legitimate to both prophetically and compassionately speak up and work towards the blessings of a civil government which fulfills its God-ordained roles – while also seeking to prevent it from exceeding those roles as defined throughout scripture.

For example, when the civil authorities overstepped those God-ordained boundaries (consistent with Romans 13), Peter and John weren’t bashful about speaking truth to power and engaging in some first-century civil disobedience. See Acts 4 & 5.

Is Christ Lord of All?

To those who disagree that Christ’s sovereignty encompasses our involvement even in matters of civil government and cultural engagement, how can you ignore what Jesus says in His Word?

When the righteous are in authority, the people rejoice: but when the wicked beareth rule, the people mourn. Proverbs 29:1-3

And Jesus came and said to them, “All authority in heaven and on earth has been given to me…” Matthew 28:17-19

I have addressed these issues in several past blogs, and I hesitated to write about this once again. But I keep seeing the incapacitating influence our modern voices of isolation are having, and I fear for the church in the West.

I have supped with too many brothers and sisters in other parts of the world who know what oppression and persecution mean. They have no such naive sensibilities, nor were they captive to the blissful comfort and ease of modern Western life – bought and paid for, I might add, by those like Bonhoeffer who gave their lives for justice and liberty.

I’ve traveled the world, and have dodged the secret police to encourage and strengthen those suffering oppression. I also have seen liberty come to whole nations due to the efforts of Christians who cared enough to confront evil, and personally have been part of those efforts.

To my brothers and sisters outside the U.S. who have no such isolationist illusions about Christ’s compassion and authority, and daily have to live out His call to be salt and light even against oppressive cultures and governments, please pray for us in the U.S. 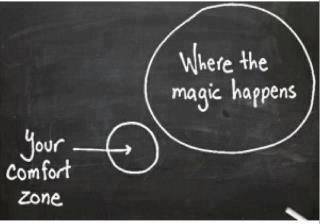 The church here – especially where it has come under the influence of existential, post-modern philosophies that deny external standards of truth, morality and virtue – by and large is sterile, insular and anemic.

There is a disconcerting “cookie-cutter” conformity evident in the existential wing of the Christian community in the U.S. From what I have observed, it seems that those who are trying to reach this generation, with its post-modern, insular mentality, too often have ended up reinforcing – perhaps unintentionally – that post-modern, insular mentality.

To my existential brethren who reject external standards of truth, morality and virtue, consider carefully your ways.

Too many have sold our birthright – which is to be the salt and the light of Christ – for the ease and comfort of your self-ensconced cocoons.

Too many have adopted slogans like “Christ is All”, but then listened uncritically to those who turn around and deny He is Lord of all.

Too many naively think that being a good Christian means just being nice and never offending the powers that be.

Bonhoeffer bears silent witness from the grave against us, and those who perpetuate this retreat into isolation and irrelevance.

The Power of the Cross

History likewise bears witness against us, as we deny the stark reality that the power of the Cross – time and again – has changed whole cultures and the course of nations.

… they all bear witness against the isolationists among us and cry out that the power of the Cross is greater than some today dare imagine. 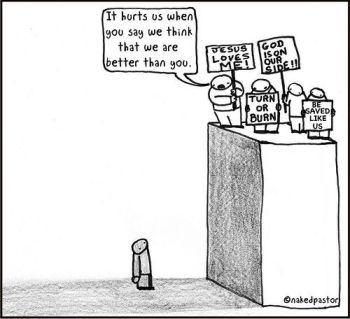 When existentialist, post-modern Christian authors are dismissive of direct cultural and civic engagement (including political involvement by Christians who feel called to do so), I think they are trying to impose limitations on the entire Body of Christ that are rooted in their own sensibilities.

Such narrow views also likely come from the fact that they, themselves, may not be called to certain things – and that’s OK.

But let’s stop the nonsense and, as we see in Romans 14, acknowledge that no part of the Body of Christ is “beyond” everyone else.

Let’s stop trying to impose the sensibilities, gifts and grace of a few as somehow normative for all.

The Fierceness of God

I feel very passionate about the Body of Christ, in all its glorious, multifaceted expressions. We are the visible life of Jesus – not only in us and among us, but also through us.

This, I think, is the key issue confronting the organic/simple community here in the West:

It is not so much whether cultural and civic engagement is ever proper. Rather, can we stop imposing our own sensibilities and limitations on others, and find the grace to allow different gifts, different callings, and different aptitudes within Christ’s multifaceted body?

If we can’t do this, then I believe we have lost sight of God’s fierceness. We want only His comfort and affirmation, and thus have lost our ability to be effective salt and light not just within our own “tribe” and our own comfort zones, but to all “tribes” and spheres of life – including whole cultures and nations.

For me, the fierceness of God compels me to go beyond the wishy-washy sensibilities of the current dominate culture that pervades the West – and the Western Church.

It compels me to step outside my own comfort zones and sensibilities as I literally go to the prisons, the homeless, the abused and the abusers, the pimps and the prostitutes, the gender benders and the gender broken, the pushers and the addicts – but not with some tidy, post-modern, do-gooder gospel that thinks Jesus is just about being nice.

Rather, I go with the fiercely transforming love of Jesus, which compels me to come beside desperate people who are “other” as we nonetheless connect in Christ through our common humanity.

It compels me to speak liberty directly, and to confront their bondage plainly. It often ain’t pretty, as I deal with the sin and the accumulated crap in people’s lives and see freedom come through Jesus.

It also compels me to proclaim the power of the Cross to transform whole cultures, entire nations, and history itself.

I sometimes plead with God to allow me the honor, the joy and privilege of continuing to proclaim His fierce love, until my last breath, to those outside my comfort zones.

If God has not called you to do the same, fine. But stop trying to rob the rest of the Body of Christ of the joyous privileged of proclaiming the wonderful, liberating blessings of Jesus before all seats of authority and in all spheres of life.