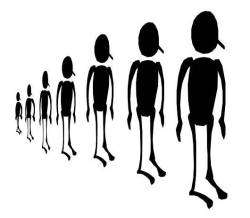 Create a fractured persona. Falsely project empathy, expertise and success as a trusted church leader – while covering up a pattern of infidelity, sexual predation and exploitation, persistent detachment from any accountable local fellowship, and failed churches. Appeal to unity and loyalty, personalize everything as hateful attacks against you by spiteful people, and turn on your well-rehearsed charm (and if that doesn’t work, fall back on lies, threats and intimidation) to silence those who dare ask troubling questions. Work behind the scenes and through others to purge all dissenting voices and any contrary information – both in your churches and on public forums like the Internet. As you then bamboozle folks with your enticing but fraudulent persona and fictitious history, they’ll became compliant pawns to your narcissistic deceptions.

The pattern outlined above is something I have seen time and again with inflated church leaders who learn to manipulate people and then cross the line into sexual exploitation and predation with what eventually becomes a personality cult – which they sustain through outward charm and behind-the-scenes intimidation. The documents and multiple witness statements originally published by Frank Viola’s former church in Brandon, Florida, document yet another example of such behavior by Mr. Viola.

(Unfortunately, the Viola gang has succeeded in forcing those documents to be removed from various internet archives and also the church’s original web site through threats and intimidation as part of their ongoing cover up. Fortunately, I was able to obtain a full and complete copy of all the Brandon Church’s numerous published witness statements and documents about Frank Viola’s history of sexual predation, abuse  and false biographical claims before they were purged. Copies are available to anyone interested.)

To summarize what they say:

Folks from a church in Brandon, Florida, which Frank Viola had been part of and helped “plant”, published these numerous witness statements  – under the mandate of 1 Tim. 5:19-21 – to warn others about him. Frank Viola had been their apostolic “worker”. These warnings followed Frank Viola’s abusive behavior and discovery of Frank Viola’s infidelity with a teenage girl. That girl had been a high school student of his (he taught in the local public high school at the time) and was in the church while Frank directly led it. During that time, he wielding overall control as their “apostle”, “worker” and “church planter” and refused to allow any local elders to emerge.

He preyed upon and exploited the teenage girl as an older man and church leader – while she was under his direct care and claims of “leadership”.

Police eventually discovered Frank Viola in a motel room with her, following his lengthy and manipulative exploitation of her. At the time, she was a teenager nearly half his age. As attested to on this web site, within weeks of exposure, Frank was cruising the Internet and seeking affairs with more young women half his age – including an Internet solicitation where he explicitly said he was looking to link up with women who were only twenty years old – while still married and near forty years old himself.

The church in Brandon, Florida, struggled on for a while but eventually disintegrated because of Frank’s abuse, controlling behavior and sexual predation.

Within a few months of things blowing up at Brandon, Florida, Frank Viola incorporated his “Present Testimony Ministry”. Under his newly incorporated ministry, he then started writing and publishing popular books and a blog, “Beyond Evangelical”, on topics like how to start and be a church and on his “deeper life”  claims – while touting his services as an experienced “church planter”. His newest book, God’s Favorite Place on Earth, is due to come out next week.

The documents and witness statements in the link above were removed from the Internet following legal action brought by Gene Edwards, who openly defended Frank Viola as one of his hand-picked “apostles” at the time (they since have had a falling out). Gene Edwards and Frank Viola, while this was going on, justified his subsequent divorce by accusing Frank’s first wife of being at fault – because she demanded that Frank step down from ministry because of his problems. According to them, Frank Viola therefore was justified in the break up of his marriage because continuing in “ministry” – despite his now obvious problems – came ahead of his marriage vows.

Fortunately, despite all efforts to purge the Internet of these and other witness statements, they are still preserved in an obscure, overseas Internet archive – to which this link goes. All copies on U.S. servers, however, were effectively purged from the Internet and from all U.S. archives – thus hiding Frank Viola’s pattern of failed churches, false biography and sexual predation.

Jon Zens is the principle author of this statement, although his name was removed from this copy. It is his rebuttal to Gene Edward’s letter on behalf of Frank Viola and lays out the key facts about the Brandon church and Frank Viola’s sexual predation against a teenager who had been in the church and half his age.

A recent firsthand account of continued abuse, cult practices – and predatory grooming type behavior against women – by the “apostles” (also called “workers”) at Frank Viola’s affiliated church in Gainesville, Florida, where he was living at the time. It is followed with confirming comments.