Lately, I’ve been hearing more and more from folks who are frustrated because they are wanting, but not finding, participatory fellowship rooted in ongoing community.

In our area, we’ve been seen such fellowships emerge over the last several years. Many of my blogs arise from what God is doing among us.

Those fellowships typically involve anywhere from eight to as many as twenty-five people intentionally meeting at least weekly to encourage and minister to one another.

More importantly, folks in those fellowships are relating together and supporting each other throughout the week.

Such fellowships don’t look anything like traditional “church” or even appear on traditional organizational radar screens – often because they are informal (even though intentional) and functioning within communities on the fringes of society.

Rather than come together for directed meetings or spectator “services”, we are learning to allow Christ in us to be expressed among us and through us – both in our gatherings and in existing communities.

Lately, though, things have become somewhat comical as we watch others try to figure us out.

Last week, some guy named Bart Breen followed through on his prior threat to “research” and attack us by posting a blog which denied we even existed. Why? Because he couldn’t find any of our meetings – and we refused to humor him by giving him a schedule of our gatherings and a list of our leaders so he could evaluate, judge and attack them in furtherance of his previously announced a priori campaign to silence us. 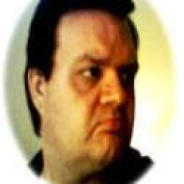 By way of background, Bart Breen became very upset when our fellowships referenced the public warnings of abuse and sexual exploitation issued against his close friend, author and so-called “apostolic worker” Frank Viola. Those warnings were issued by Frank Viola’s former church, and we referenced them to protect others.

Bart Breen, however, reacted by sending a letter on behalf of Frank Viola which threatened to “research” and attack us if we didn’t agree to their demands to delete all references to those warnings.

We, of course, rejected their demands. Abuse in the Body of Christ must never be swept under the rug through threats and intimidation – no matter how popular the abuser.

As some of us were reading Bart Breen’s resulting blog – which tried to discredit us by saying we didn’t exist – we started laughing hilariously.

Of course Bart Breen couldn’t figure us out. Although he sometimes posts stuff regarding “organic” churches, Bart Breen has never successfully helped start – nor does he have a history of successfully being part of – any participatory fellowship or related community.

In fact, while opining on all things “organic” and parroting lots of Frank Viola’s views, Bart Breen isn’t even part of a local church and only occasionally, according to his own blog, attends a traditional institutional church that meets in a county just north of us.

Bart Breen’s problems with us go way back. He has repeatedly stated – in his own writings – that scripture is NOT (he likes to use all caps here) the written Word of God, and took great umbrage when I challenged his views a year or so ago in some very civil responses to some of his Facebook postings.

Over the last year, Bart Breen has consistently blocked then attacked on Facebook those (like us) who affirm both a vibrant relationship with the Living Word and the need to also submit to the authority and discipline of His written Word.

For Bart Breen, truth is whatever Bart Breen wants it to be – without any external, authoritative standard like scripture or being part of the checks and balances found in a local fellowships of other believers. He has no real experience with successfully being part of any organic church, despite writing numerous blogs telling others how to “do” organic church. Nor does he apparently have experience with Biblical norms for how to properly disagree with others.

Thus, when Bart Breen decided to carry through on his threat to attack us for referencing the abuse and sexual exploitations of his friend and “apostolic worker” Frank Viola, he was never able to get his very antagonistic, mainline, existential “arms” around us.

In fact, he comically kept looking in all the wrong places to find and “expose” us.

Bart Breen kept asking institutional church pastors and the “ministerial association” in the area about us (as though they actually knew, understood or cared!).

He then looked through the lens of his own narrow middle-class, “organizational” perspective for our legal “incorporation” and “board of directors” – and all those other traditional trappings of “legitimacy” that are rooted in Bart Breen’s own hostility to our core beliefs and his obsessive need to systematize and legitimize God’s work in his own “corporate”-world context.

I just love how God confounds and discombobulates those who refuse to remove the blinders of their own sensibilities and traditions!

Some, however, are discombobulated not from an agenda driven by bad faith, but simply because they’ve innocently not seen the need to lay aside their own sensibilities and traditions.

Others no longer want the traditional “directed” and “spectator” church experience, and are seeking more.

To such folks, I have no clear advice about how to find participatory fellowships – where there is open ministry one to another rather than directed meetings and traditional spectator “church” services.

Such fellowships are not typically going to appear on anyone’s radar screen, because they are seldom into self-promotion or seeking to grow through other such inorganic means.

Furthermore, they are NOT traditional and not going to conform to – or appear under – traditional indices of legitimacy.

I feel the pain of those who weekly contact me in good faith, asking how to find such fellowships. Often, they innocently want some formula or method to make it happen.

I think, however, anytime we want a formula or a method, we are not hearing from the Lord. He takes root in diverse settings, cultures and communities in very diverse ways – even though the Biblical basics remain the same.

We can learn from each other and our different stories. That’s why I write this blog. But I am not into telling anyone “how to do it”. Rather, I’m just bearing witness to what God is doing among us as we learn to express Him – and apply some very basic principles He’s revealed in scripture – in the unique context of our own settings.

What He wants to do with you and your own settings may be very different.

I do think, however, that it is often (but not necessarily always) a mistake to try to create community from fellowship, rather than allowing fellowship to emerge within existing communities and relationships and then growing from there.

Thus, my best advice is to chill out! Don’t strive to “create” some preconceived community you think you crave.

Rather, go and let Jesus come alive where community already exists, and from that context let fellowship emerge.

This is hard in the U.S., because the dominant middle class culture is not very relational or committed to community. Yet that is the “culture” of most churches. If that’s your blinder, then it might be hard to find authentic fellowship – whether motivated by bad faith or good faith! 😉

But God has different grace for different folks, and I’m least qualified to tell you where to sow and grow.

Anyway, here are two prior blogs that may help those struggling – in good faith – to find open, participatory fellowship:

Finding ekklesia (the Greek word translated to mean a local “church” in the New Testament), and then sustaining ekklesia, is very simple – but it may be the hardest thing you ever do. Here are some thoughts along the way.

Looking in All the Wrong Places

So you want ekklesia? Maybe you’re looking in all the wrong places…

Marianne is a retired public school teacher, private but strong, heart, skilled counselor, knows deep intimacy with God, a comfort to others in the Lord, wise, motivated by mercy but has strong resolve, gardener, and a bridge to healing for many.

Together, we have been part of a community of simple, participatory fellowships for many years in our own home county - some of which we helped start.