In America, we’ve lost the right to be born, the right to practice our faith without government dictate or penalty, the right to proclaim moral sanity in the public square, and now the right to due process of law against a president who thinks he literally can pull the trigger and execute fellow citizens at his whim.

In a bizarre “legal memo”, President Obama has asserted that he can target and assassinate Americans – at will – simply on his belief that they are subversives.

The memo’s specific focus is Americans who President Obama has unilaterally concluded are affiliated with al-Qaida (not that this makes it right), but its rationale and justification can now be applied to anyone else who he likewise concludes is a non-combatant subversive.

America was once a great nation, ruled by law under a Constitution that was consciously written to embody a Judeo-Christian worldview.

The bedrock of our constitutional republic – rooted in Biblical principles articulated by men like James Madison and his mentor John Witherspoon – was the liberty to pursue virtue by imposing checks and balances against the evil of unrestrained government power.

END_OF_DOCUMENT_TOKEN_TO_BE_REPLACED

“The trouble with socialism is that you eventually run out of other people’s money.” ~ Margaret Thatcher 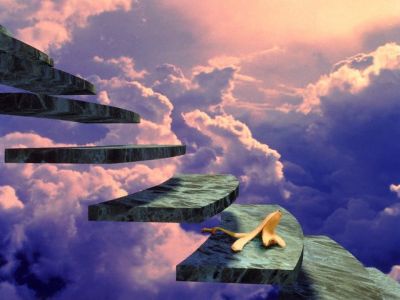 which happens when we have a state-run economy. But consider this: In 2009, federal and state governments will consume 40 percent of the United States’ TOTAL gross domestic product.

This means that nearly half of all the wealth generated in America this year will be taken by civil government to fund its ever expanding control over more and more of our lives and our economy. As a result, we have run out of money while undercutting the means for producing future wealth.

Yet the federal government seeks to expand its reach even more.

END_OF_DOCUMENT_TOKEN_TO_BE_REPLACED

Marianne is a retired public school teacher, private but strong, heart, skilled counselor, knows deep intimacy with God, a comfort to others in the Lord, wise, motivated by mercy but has strong resolve, gardener, and a bridge to healing for many.

Together, we have been part of a community of simple, participatory fellowships for many years in our own home county - some of which we helped start.