“Peace if possible, truth at all costs.” – Martin Luther

“Church” can often be messy, especially when ongoing sins and improprieties begin to come to light – maybe even among our leaders. Yet God, I believe, is calling us all to a new level of collective integrity. 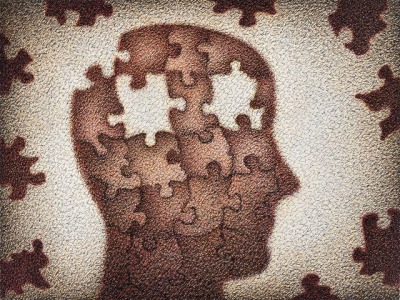 So how do we handle leadership failings, especially when they go beyond merely personal sin and involve an abuse of position or trust within a church, movement or mission, and hurts others?

In Matt. 18, Jesus tells us how to address private, personal offenses between believers.

In that passage, we are told to first approach the offending brother in private. If he doesn’t listen, we then take one or two others in private. If he still doesn’t repent, we go public by taking it before the whole congregation and, if there’s still no repentance, remove him from the church if necessary.

In contrast, I Tim. 5:19-21 tells us how to deal with leadership sins that amount to more than just an offense between two believers.

Often, such problems are so bad that outside intervention is needed – maybe because the local church failed to take corrective action out of loyalty or the offending leader has manipulated the process to prevent accountability.

When that happens, there is no effective repentance and the misconduct threatens others. For such offenses, Paul commands Timothy to publicly reprimand the church leader based on the confirming evidence of multiple witnesses.

When a church leader is accused of having abused his or her position of trust, tensions will often emerge.

Those who temperamentally value peace and relationships above all else will want things swept under the rug – even if it means avoiding truth.

Others, who temperamentally tend towards truth and justice, will want to rush in and set things straight without following proper Biblical procedures.

I’ve found over the years, however, that relationships and peace purchased at the expense of truth are never substantial or lasting.

Likewise, truth that wants to quickly confront misconduct in our leaders without following proper Biblical procedure can be like acid that burns and disfigures a community, while also running the risk of destroying reputations by improperly rushing to judgment.

Nonetheless, where a church leader has abused his or her position, and it is confirmed by multiple witnesses following a careful investigation, then truth must go public.

When it comes to church leaders who engage in disabling leadership sins, silence is not optional. In the New Testament, I Tim. 5 teaches this.

In the Old Testament, we also have the example of Nathan the prophet publicly confronting and exposing King David for his abuse of power and position – even though David clearly was God’s anointed leader! (See 2 Sam. 12:1-24 and Psalm 51.)

Any community of believers that values peace at the expense of truth – properly posited – will not survive. Eventually, cracks that have been hidden will open wide and the foundation will crumble. It is no mercy to let those cracks slowly bring down a church, movement or mission due to silence over disabling leadership sins.

Likewise, truth divorced from a motivation for real peace in the long run (as opposed to a false peace built on lies) will also destroy authentic community as leaders hold onto disabling sins or improprieties.

Sometimes, however, getting to Biblical peace requires that we first go through the messy process or open investigation, rebuke and warning – like we see throughout scripture and Paul commands of Timothy.

I am aware of NO instance where the Bible condones covering up the improprieties of those who claim to be leaders. In fact, the Biblical approach – Old and New Testament – is quite the opposite.

Furthermore, a truly repentant leader will not try to hide his leadership sins, but openly confess and publicly repent. Absent that, they remain a danger to all.

It’s naive to think some church leaders – including those we may personally find charming and inspiring – don’t secretly abuse their positions or those entrusted to their care.

Left unchecked, at best they become frauds whose public persona and teachings are contradicted by their private lives.

At worse, they become predators who thrive on secrecy, manipulation, lies and misplaced loyalty.

That’s why God gives us proper procedures in 1 Tim. 5 for confronting abusive church leaders – starting with investigation, confirming evidence and eventually escalating to the point of a public reprimand and warning to others.

Nonetheless, God cautions us on our attitudes when confronting the sins of others. But he never tells us to turn away from truth – even though there may be pain and conflict involved – nor does he ever give us the option of sweeping the disabling sins of church leaders under the rug.

The Golden Rule (“do unto others as you would have them do unto you”) also applies.

If there’s been an abusive situation with a church leader, ask this question: Was it of such a nature that you would have wanted to be warned and thus protected by others who were aware of the problem, before becoming involved with them or their teachings?

Or, instead, would you want others to place you and your family at risk by remaining silent over leadership abuses, whether the malfeasance involved an abuse of funds, relationships, power, position or whatever?

Conflict sometimes is unavoidable when a church, movement or mission wants to protect or hide leadership improprieties in the manipulative name of “peace”. It can get messy.

But shouldn’t we raise a warning that we ourselves wish others had raised (following proper Biblical procedures, of course)?

This is especially true when a leader has violated his position of trust or authority, or otherwise poses a risk to others. In such cases, efforts to maintain peace at any price threaten the health of the community more than any season of conflict that may arise from properly investigating, rebuking and warning others about that leader’s past abuse.

Certainly Paul, in the New Testament, tried to achieve peace when possible. But he never sacrificed the need to directly speak to problems to achieve real peace rooted in truth. Paul, unlike many today, was willing to accept conflict if that was necessary to properly to get to truth and also protect God’s people.

Likewise, Jesus was uncharacteristically harsh in truthfully condemning the religious leaders of his day who put their own interests above those of the people.

Let’s pursue peace, but not at the expense of properly pursing truth and public accountability. Otherwise, we have only an illusion of peace, relationships and community – especially where it involves a leader who has abused his or her position by engaged in disabling leadership sins.

Eventually, the need to speak truth to power – properly yet firmly – can’t be ignored if we want to achieve authentic peace and unity (even if it means passing through a season of conflict to get there), to emerge healthy, to bring healing to victims, and to protect others.

Some may decide they don’t want that, preferring instead an illusion of peace and unity rooted in false, lie-based relationships. So be it.

But I side with Jesus, Paul and Nathan, and chose the better way . . .

For a good article by a respected church leader on dealing with disqualifying sins among pastors, I recommend Should Fallen Pastors Be Restored by John McArthur.