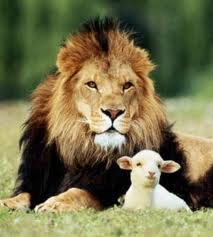 I believe that the Lord wants us to be gentle, but His gentleness is not a wishy-washy docility. Gentleness has a hidden core of strength and this core is what makes someone great. Gentleness’ strength runs deep, like the molten lava in a volcanic magma chamber. Tremendous heat transforms hard rock into a flexible, moving force.

Jesus told his disciples that they must become like servants in order to be great. Servanthood is not an excuse to be passive. Gentleness embodies servanthood because a servant must have the strength to be willing to bend and not demand his own way. No one would want a servant who is brash, belligerent, controlling or arrogant. Gentleness has the capability to turn away wrath, erase distress and soothe pain and suffering. However, for this to be accomplished, gentleness must have already allowed the Lord to remove these very same impurities from itself.

Gentleness is like a band aid because it supplies a protective covering to the hurt and damaged areas of our lives and others. It provides the space and time that is often necessary for healing to occur. Gentleness is giving the drop of water to a thirsty person, whether it is an actual drink of water or giving them a taste of God’s “living water.”

Gentleness is the eighth fruit of the spirit and eight times Jesus told the Samaritan woman about the “living water.” According to Ed Vallowe in Biblical Mathematics, the number eight means a new beginning or a new birth. By allowing gentleness to grow and develop in our life we have the opportunity to become new as we take on the characteristics of Christ.  Paul said that he “appealed to the Corinthians by the meekness and gentleness of Christ.” We need to acquire these attributes.

On the surface the fruit of gentleness might appear to be insignificant, but I believe that it has the power to change lives. Gentleness, when it is applied with God’s love, is a force to be reckoned with in the same way that lava when it reaches the surface of the earth forever changes the landscape.

Let it be said of us that we have the strength and the courage of a lion to accomplish what the Lord has put before us, but also the gentleness of a lamb. Let our gentleness multiply “because the Lord has anointed me to preach good tidings unto the meek; he has sent me to bind up the brokenhearted, to proclaim liberty to the captives and the opening of the prison to them that are bound.” (Isa 61:1)

I pray that we will allow gentleness to do its mighty work in our lives and in the lives of those the Lord puts in our path.