One day soon, you are going to wake up to a new world where your liberty to pursue virtue as an expression of your faith – and your right to proclaim those beliefs in the public square – are gone. 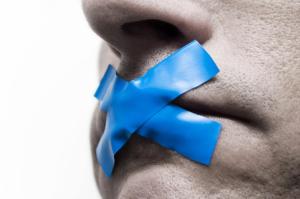 Vice is now using “tolerance” to bludgeon virtue, and virtue is currently losing.

This newest weapon in the war against virtue has met with great success – and, most disturbing of all, the naïve support of many “Christians”.

Here’s what Paul had to say about this, nearly 2000 years ago:

“Therefore God gave them over in the desires of their hearts to impurity, to dishonor their bodies among themselves. They exchanged the truth of God for a lie and worshiped and served the creation [i.e., themselves and their vices] rather than the Creator, who is blessed forever! Amen.

“For this reason God gave them over to dishonorable passions. For their women exchanged the natural sexual relations for unnatural ones, and likewise the men also abandoned natural relations with women and were inflamed in their passions for one another. Men committed shameless acts with men and received in themselves the due penalty for their error.

“And just as they did not see fit to acknowledge God, God gave them over to a depraved mind, to do what should not be done.”

Paul goes on to list a number of other vices. Yet his greatest condemnation is not against for those who commit such sins, but against those who “approve of those who practice them.” Rom. 1:24-32 (NET)

Let me repeat that: It is not the sinners who are most condemned, but those who approve of those who practice such sins.

Remember that, next time a “Christian” proclaims that love means treating vice – and its inherent destruction and bondage – as a right.

It is time for real love, which cares enough to proclaim truth and liberty while embracing those trapped in the bondage of vice.

Real love also cares enough to stand firm against all attempts to promote the bondage of vice – via law or otherwise.

The world is hungry for authentic love rooted in virtue, rather than a false love that promotes vice.

Anyway, here’s a related blog from last year that discusses many of these issues: A False Love.

As I say there, authentic love is not freedom from truth, but truth set free.

That we affirm true liberty, which is the freedom to pursue and practice virtue…

And that we embrace the confidence of true love, which never forgets that only His “truth will set you free.” John 8:31.