Yesterday, after a seven month hiatus to care for my dad and deal with some of my own health issues, another local elder and I visited the jail to check on a church I previously had been helping. 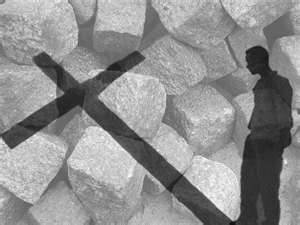 The first thing I noticed was around twenty new men were now in that fellowship, with only two of the original brothers still around (the others, as is normal in a jail environment, had been released or transferred).

The church, I was thrilled to see, had not only survived but thrived during my absence – with them showing a wonderful continuity of life from when I last saw them.

As I then listened to them openly share their hopes and struggles in the Lord with each other, and watched them encourage one another to love and good works (Heb. 10), I cried silent tears of joy.

I am not the only one who has helped strengthen churches in that jail and elsewhere, but one of my roles – among other local elders actively serving the Body of Christ in our county without fanfare or personal gain – seems to be laying the foundation for such fellowships.

That foundation is very simple, and comes down to:

Boldly declaring Christ’s comprehensive Kingship (“you are the Christ, the son of the Living God“), as He calls to Himself those He chooses, then letting Him express Himself and His Kingdom uniquely in them and through them as He wants – to each other and to a waiting world – in obedience to all that He taught and Apostolically established in the New Testament.

That may seem like a mouthful, but it’s actually very simple once you learn that it’s not about:

• Building your own ministry, kingdom or influence;

• Seeking a platform to peddle your books, theories and mutual promotion networks; or

• Advancing your own vision, gifts or motivations …

No matter how “spiritual”, “inspirational” or “revelational” they may seem.

It’s also not, God help us all, some existential concept of Christ and His church, rooted in our own sensibilities and subjective perceptions apart from the discipline and plenary authority of scripture as His written word.

Those are false foundations, from which I have yet to see any real or lasting fruit – or any ongoing stories of real redemption involving real people and real churches.

Over the years I have learned a simple truth that ties together many themes found in scripture:

Christ’s Great Commission in Matthew 28 doesn’t work apart from the “Great Charter” in Matthew 16 for His ekklesia – the local assembly of those He has called to represent and advance His Kingdom in their own surrounding community under His delegated authority.

In fact, none of Christ’s core mandates like the Kingdom of God, mission and discipleship work apart from His ekklesia – His local assembly – where we encourage and equip one another to love and good works, each according to the differing grace, gifts and callings He gives us. See, e.g., Heb. 10 and Eph. 4.

He Is Building His Church

Yesterday, I saw how the foundation for that indigenous church in the local jail was stronger than ever, despite my recent extended absence.

Sure, there were issues, which I spent some time helping them to sort through. But that’s normal for any church that’s dynamically learning – as all healthy churches must continually do – how to express His Kingship and advance His Kingdom in all the diverse ways and places He wants.

What brought tears to my eyes, however, was seeing how the foundation of Christ and His word, laid among some initial inmates in the local jail, continued to stand solid.

On that foundation, the men we met with yesterday had become God’s redemptive ekklesia – His church and assembly and not mine or anyone else’s – and the light of His Kingdom was continuing to redeem dark places and lost lives in the jail.

Truly, Christ is building His church in all sorts of improbable places and as we participate in Him doing it His way, not even the gates of Hell can withstand its advance – just as Jesus promised in Matthew 16.

These Are Exciting Times

Amidst all the problems in the world, and as God is painfully exposing all sorts of phony that’s been going on in His name, He’s also doing amazing things these days.

Don’t lose sight of that truth!

Don’t be distracted by all the “deeper life”, “emergent” or other existential “revelations” and agendas being peddled by those who have no ongoing stories of real redemption involving real people in their own lives, towns and cities as part of actual, functional local churches.

Lately, it seems they have nothing to sell but their own sensibilities, existential angst and the new legalism of their post-modern cynicism.

Despite their shifting sands and the ruin they’ve brought to vast segments of the Body of Christ, Jesus still rules and He is doing great things these days.

Those willing to wholly submit to His agenda on His terms will “get it”, while others won’t.

But still His Kingdom advances…

Here’s another story of redemption from the front lines of His Kingdom, as we continue to bring Christ to those who are lost and know it – and then let Him find expression among them and through them in indigenous, participatory churches:

Directed versus Participatory Church: A Dialog